The top 5 Environmental Benefits of Aquaponics

The environmental benefits of Aquaponics are such that many consider it the cultivation method of the future. Rest assured, Aquaponics is here to stay. 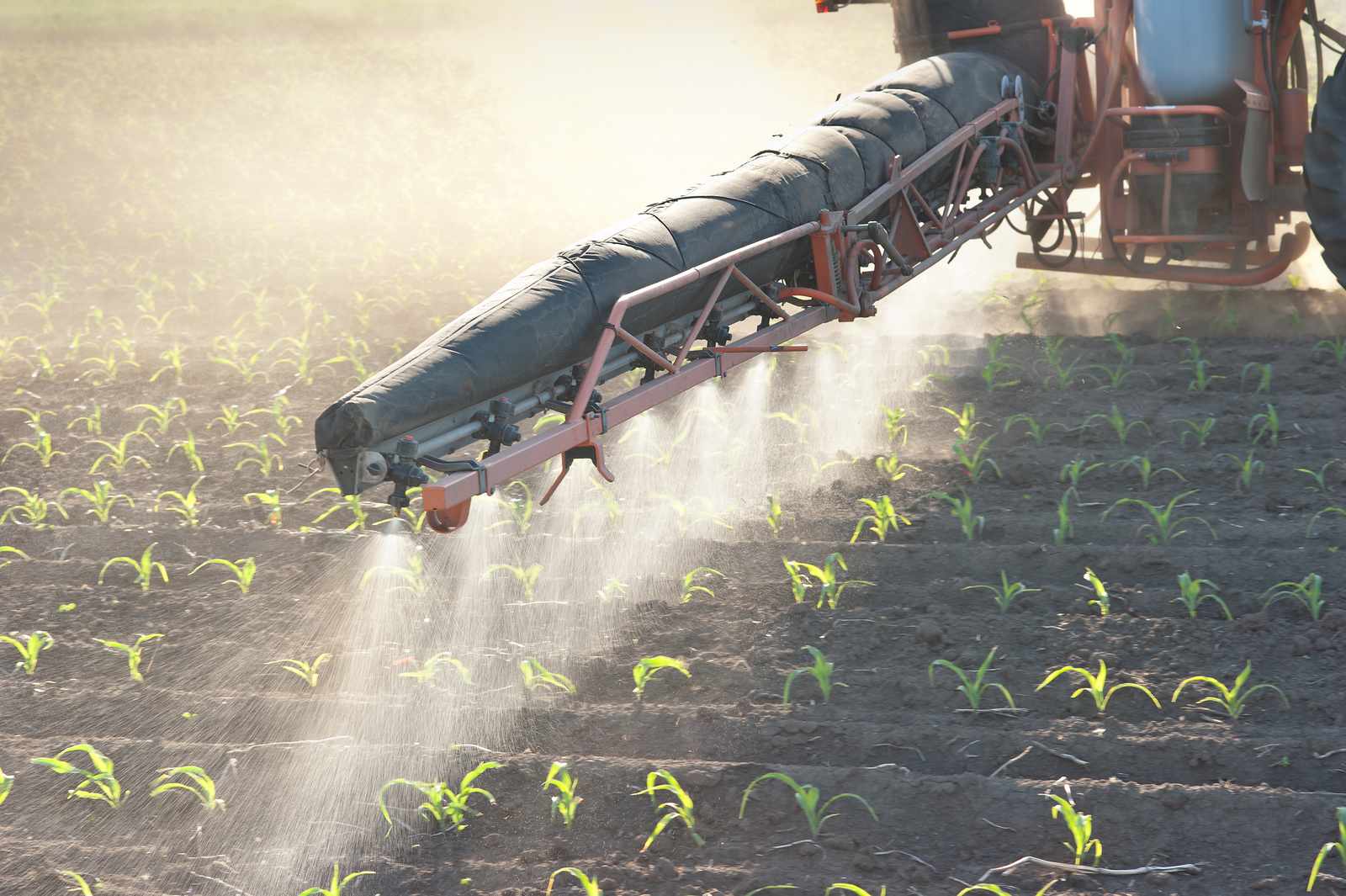 Before taking account of the benefits of Aquaponics, explaining what it is will those who may not know this method.

What Is Aquaponics and Aquaponic Farming?

Aquaponics is the process of growing plants and fish in two separate but conjoined components without using soil.

Soil, sun & water is how plants get the nutrients they need to grow This is the traditional way of growing plants that has been practiced by nature and humans alike.

Aquaponics still uses water, but may or may not use sunlight and does not use soil at all. The alternatives to those are special grow lamps and nutrients supplied by fish faeces and gravel or expanded clay pellets.

The cycle is simple and mimics that of nature. Fish eat, fish poop, fish water is fed to plants, plants clean water while absorbing nutrients, and water is sent back to fish.

Expensive nutrient solutions are replaced by fish-feed that is converted to nutrients absorbed directly by the plants. The use of soil is completely removed.

Aquaponics growing systems are “closed” systems.  This means that they are not only interconnected but also housed entirely in greenhouses.

The benefits of Aquaponics to the environment are substantial as much as they are advantageous. Certainly non-existent in conventional farming. They are compelling and proven.

The top 5 Environmental Benefits of Aquaponics

1. A fraction of the land is used

Compared to traditional farming methods that use huge tracts of land, Aquaponics uses a fraction to grow even more plants.

For example, when planting in the traditional method, you are consuming a lot of space because each plant needs a certain amount of space to grow into. Hundreds of rows of plants in soil take up space, and cannot be moved till they are ready for harvest.

The limited amount of space and suitable farmland on Earth means that growing demand is met by cutting down the earth lungs, the forests.

Commercial Aquaponics is different. Initially, plants can be placed closer together, and as they grow can be moved further apart without causing any problems in the growth rate of the plants.

As the plants grow they are moved down a “production line” in some systems, and new plants take the place of older ones. This creates a continuous growth harvest cycle with a massive output in a much smaller space.

Commercial Aquaponics consume only 1/5 of the land needed for the same amount of plants being cultivated on farmland. In fact, aquaponics systems don’t even need farmland. Any stretch of land can be used since soil is not used to grow in. Disused and depleted land can be used, even big unused parking lots.

Because Aquaponics technologies have advanced rapidly, it is not unusual to have large numbers of plants in a single square meter. Rows upon rows of grow-columns each with 100 head of lettuce are presently being grown in this way.

Other Aquaponist growers use multiple levels of frames with grow beds connected via plumbing to grow their plants. Others still float their plants on water, in a continuous cycle, to each his own but the results are the same.

Clearly, with just a little land, much can be accomplished with a small Backyard Aquaponics system. But, with Commercial Aquaponics farming, and Flexible Growing Locations, a huge problem quickly has a viable solution.

2. A fraction of the Water Used

Whether we like it or not, plants use water to grow. Genetically modified plants have been created to use less water, but it is still too much. There is no way around this with traditional farming.

Watering Crops is non-negotiable or they will die. The problem with traditional farming is that water that goes unused by the plant, which is the vast majority, simply sinks into the ground. This cycle is repeated daily depleting our valuable drinking water. This may not be alarming to city dwellers that have water on tap, but farmers are noticing a marked reduction in available water. This is not a local problem, but a global one.

Presently, the hydroponics industry is far, far larger than the aquaponic one because it has had more time to develop. It uses far less water than traditional farming methods. Supplying chemical nutrient solutions directly to the roots of plants in sophisticated, high tech systems is how it does so. The same water is used over and over again until it becomes too saturated with these chemicals. Eventually the water is discarded, often without treatment, directly into rivers and lakes by the unscrupulous.

Aquaponics systems are maintained by using the natural fish faeces nutrients in the closed water system to feed the plants. The plants, in turn, clean it and the water is sent back to the fish. There is no need to continuously pump new water into the system apart from topping up water lost to evaporation. The water is retained indefinitely.

Another important feature of this process is that the Nutrients in the water are distributed differently compared to the soil where things can go awry.

Aquaponics is a clear winner here because growing uses only 10% of the water needed to grow plants traditionally in soil.

3. A fraction of the carbon footprint

There is no doubt that climate change is here. There is no one answer to limiting it or even perhaps reversing it. It has to be a many-pronged approach. The problem is that the industry as a whole is heavily interconnected. Aquaponics offers part of the solution in the sense that aquaponics growing units can be located just on the outskirts of suburbia and even in the inner city. This effectively cuts down the need to transport food over huge distances thereby limiting carbon emissions drastically. Often people do not know how much energy, distance and cost is involved in getting food from a farm onto their plate. The quantity of fuel consumed on a daily basis to ship food long distances to markets is massive. The total numbers of the effort are staggering!

By just relocating high production units closer to the consumer, a huge dent is made in that effort.

4. A fraction of the waste

Take a good look at some of the produce on the shelves the next time you go to the grocery store. Notice how many of the products are wrapped in plastic and then go round to the back of the establishment and take a look at how much product is thrown away. Much of that plastic wrapping is there to keep the product fresh during its long journey. The stuff outback is the lot that did not make it or were damaged by all the handling or even what was not fit to be sold anymore.

The sheer capacity for the production of greens and their varieties today is stupefying. There is so much food being wasted because of oversupply, that massive amounts are being thrown away down the supply chain or simply buried at the source. Part of the blame is with the present traditional production methods that simply cannot be anywhere near as flexible or fast-moving as aquaponics.

Once hundreds of acres of land have been planted and are growing it is impossible to just change the quantity or put something else in their place without substantial financial loss. This is what makes traditional farming seem almost snail like in comparison to the nimbleness of aquaponics.

Aquaponics systems need half the time traditional farming needs to bring a crop such as lettuce to harvest. Because it is a controlled and therefore not necessarily seasonal based system, incoming crops can be changed overnight to quickly adjust for market supply and demand. This is a huge advantage to aquaponists who are far more flexible and rapid to change.

The produce is brought to market far faster from much closer, therefore needs no plastic wrapping. It is also far fresher and lasts much longer. It is handled by far fewer people, and finally, can be supplied in far more accurate quantities almost on demand and is sync with market fluctuations.

5. No Pesticides and Herbicides

Two kinds of chemical sprays are applied to plants in conventional farming. Herbicides and pesticides, the former kill off unwanted plants and the latter are applied to control pest insects. Neither of them are good for people who consume these plants. Apart from that, these same chemicals slowly poison the soil they are grown in and are carried by the watering process down to the drinking water table.

Plants and animals need water to survive and it is not just wild animals that are affected but domesticated ones too. Pesticides have been found in the meat of fish and other animals

Both pesticides and herbicides damage the environment. This process has not seemed to move people living far from food production. All they see is the produce on the shelves. But a little thought makes one wonder.

What happens to the herbicides that are swept away by rain or watering?

What about targeted pesticides, do they only kill specific pests or others too?

They can and do poison other animals as well.

Aquaponics makes no use of such herbicides because weeds are greatly reduced in aquaponics systems. Those that do grow are easily and quickly removed without digging.

Aquaponics makes no use of such pesticides because crops are protected in enclosed greenhouses.

In fact, Aquaponics uses neither mainly because either would taint the fish or plants. This basically means that Aquaponics is as close to organic food as one can get, without naming it In Soil Grown Organic.