The Aquaponics fish tank is one of the two key components of an Aquaponics system. Its size and the fish to be used depends on various factors. 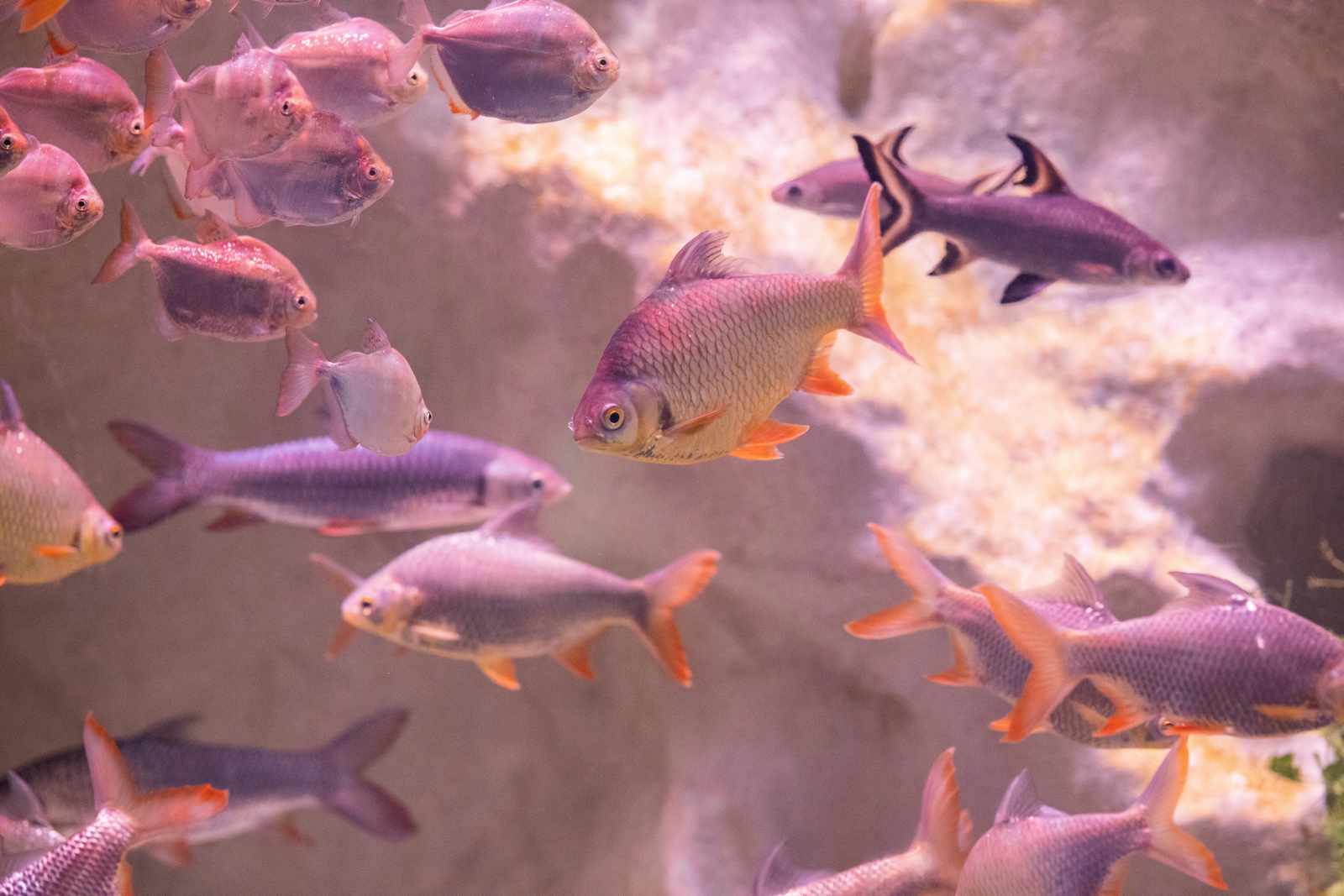 More fish tank more grow-beds, that is basically the idea. But:

What is an aquaponics fish tank?

In simple terms, it is a fish tank with a number of fish that is connected to a plant grow-bed. The size and shape of the tank vary according to the number of grow-beds and the species and number of fish in the water.

What is an aquaponics fish tank made of?

The materials vary depending on what the owner/operator requires. Someone who wants to have a system up and running immediately will simply purchase a ready plastic or fibre-glass system from a supplier or manufacturer. Others will prefer to build their system with whatever they have on hand. And others still, will construct their system with a variety of materials such as concrete, steel and wood.

Why do I need an aquaponics fish tank?

In an aquaponics system, the waste of fish excreted into the water of the fish tank together with water is pumped to plants grow-beds. This practice provides the plants in the grow-beds with enough moisture and nutrients for their growth. The plants absorb the nitrogen in the water and return the now purified water to the aquaponics fish tank.

The concept of aquaponics goes back several hundreds of years. Of course, then it was in the natural environment of ponds and manmade agriculture that people noticed the aquaponics cycle. Today, Aquaponics is a closed system that copies that precise cycle in a comparatively high tech environment. This environment is closely monitored in order to ensure that both plants and fish do well since it is a symbiotic relationship.

Which fish do well in aquaponics fish tanks?

Tilapia, Goldfish, Koi, Catfish, and Carp are some of the best fish species for aquaponics fish tanks because they can adapt to their environment and withstand less than ideal water conditions. They are hardy fish which also have a diverse diet, and are resistant to many pathogens, parasites, and handle the stress of crowding really well.

Which is the fish to plant ratio in an aquaponics fish tank?

More fish, more nutrients, more plants. Balance is the key! E.g. 1000 litre tank is best for 1000 litres by volume of grow-beds (1:1). If the system is pushed to its limits it can go up to 3 times that (1:3). Naturally, some fish species handle crowding and less than pristine water much better than others. Tilapia, Catfish and Goldfish seem to be the species that do this best. A crowded aquaponics fish tank can be very detrimental to other species causing much stress, disease and parasites, even cancerous growths on fish.

Which is the fish to water ratio in aquaponics?

As a rule 1 fish to 8-10 liters of water is about the best ratio for most aquaponics fish tanks. Some species such as Tilapia and Catfish can crowd a little more.

Which is the fish to plant ratio production in aquaponics?

1kg of fish will provide roughly 7kg of plants. The system is very productive and a mature system will provide an almost endless supply of high-quality greens over time.

Assuming the volume of water in a fish tank is 1000 litres the formula for the number of fish is: (1m cubed) multiplied by the Density Factor of (25kg/m cubed) divided by the weight of fish at harvest roughly (0.5kg) will give you the amount of 50 fish to stock your tank with.

What is very important to keep track of in aquaponics fish tanks?

The abundant aeration and fast water cycling comes first, especially in commercial systems that stock fish as high as 1 fish per 8-10 litres of water is vital. Next, come the Ph (ideally at 7) and water hardness levels. Research suggests that the ratio 1:2 (fish:plant) shows optimum fish production, plant growth as well as nutrient removal from the water of the aquaponics fish tank.